CIMIC Group company CPB Contractors, in a joint venture with Downer, has been selected by the NSW Government to deliver the Warringah Freeway Upgrade.

The Incentivised Target Cost style contract has a total value of $1.18 billion and will generate revenue of approximately $800 million for CPB Contractors. The agreement allows for extensive collaboration between the contractors and the State, supporting better outcomes for all parties.

The project will reduce congestion and simplify the complex road corridor.

CIMIC Group Executive Chairman and Chief Executive Officer Juan Santamaria said: “The Warringah Freeway upgrade is key to a city-shaping network of roads that will reduce congestion in Sydney, as population and transport demand grows. The project will improve traffic flow and create better connections. We’re proud to be involved with the delivery of efficient urban transport networks and the creation of more liveable cities.”

CPB Contractors Managing Director Jason Spears said: “We are pleased to have been entrusted by the NSW Government to deliver this important upgrade to the northern approach of the Sydney Harbour Bridge. Our teams are highly skilled in delivering complex transport projects in the centre of major cities and will work closely with all stakeholders to safely deliver this upgrade while minimising disruption on what is one of the busiest freeways in Australia.”

The project involves upgrading approximately four kilometres of the Warringah Freeway and associated works, including a dedicated bus lane and active transport links for cyclists and pedestrians.

Main work will start early next year and is expected to take approximately five years to complete, subject to the detailed design and construction program. 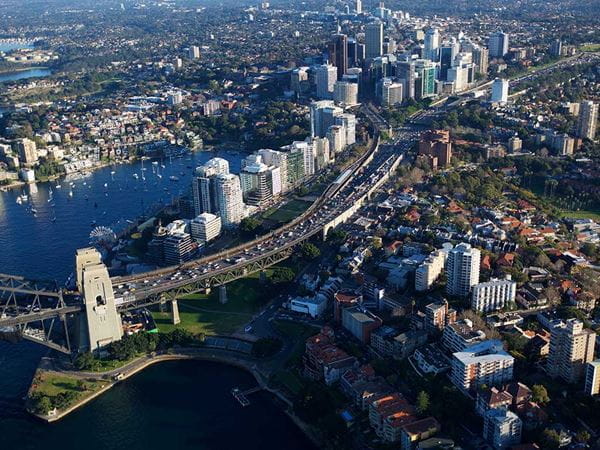